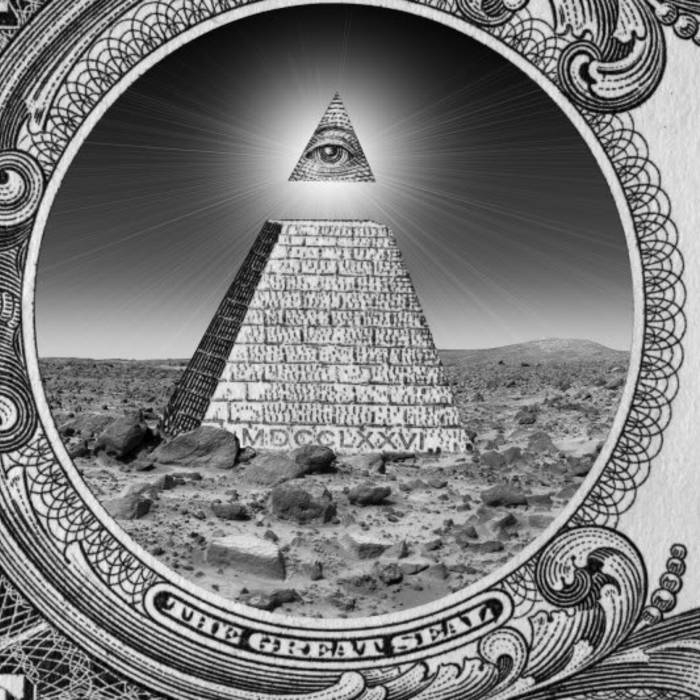 The Great Seal, originally designed in 1782 and added to the dollar bill's design in 1935, is surrounded by an elaborate floral design. The renderings used were the typical official government versions used since the 1880s.
The reverse of the seal on the left features a barren landscape dominated by an unfinished pyramid of 13 steps, topped by the Eye of Providence within a triangle. At the base of the pyramid are engraved the Roman numerals MDCCLXXVI (1776), the date of American independence from Britain. At the top of the seal stands a Latin phrase , "ANNUIT COEPTIS," meaning "He (God) favors our undertaking." At the bottom of the seal is a semicircular banner proclaiming "NOVUS ORDO SECLORUM" meaning "New Order of the Ages,"